Heroku is a cloud platform that lets you to build, deliver, monitor and scale application. Heroku is Platform as Service (PaaS) architecture. In this article you will learn how to create, build, deploy and scalenode.js application into heroku cloud within couple of minutes. 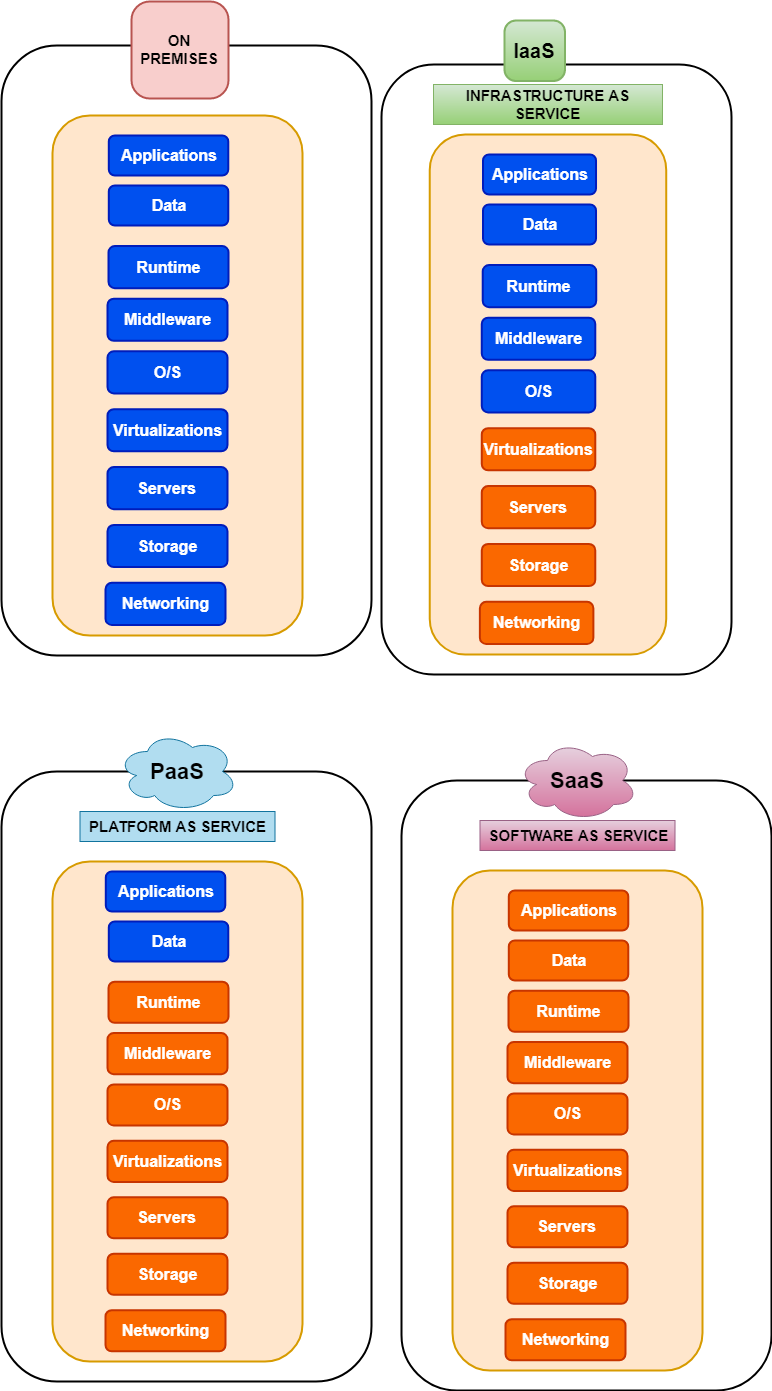 What is container in general

It is a lightweight, isolated environments that provide compute, memory, an OS, and an ephemeral filesystem. Containers are typically run on a shared host, yet are completely isolated from each other.

What is Dyno in Heroku

The containers used at Heroku are called “dynos.” Dynos are isolated, virtualized Linux containers that are designed to execute code based on a user-specified command. Your app can scale to any specified number of dynos based on its resource demands. Heroku’s container management capabilities provide you with an easy way to scale and manage the number, size, and type of dynos your app may need at any given time. 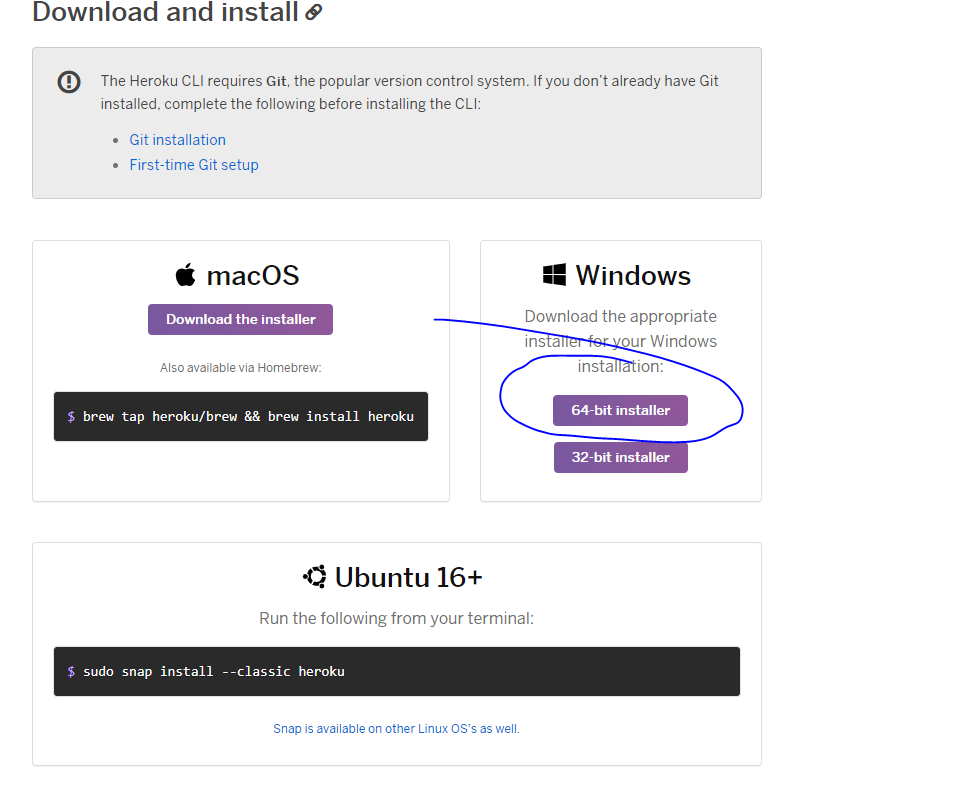 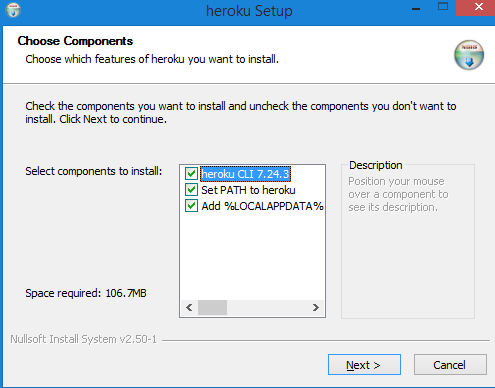 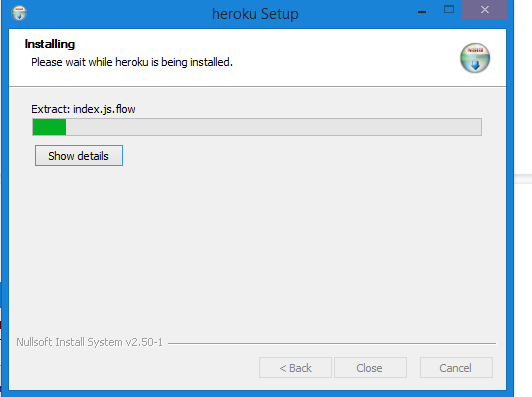 Run below command in cmd

Create an App on Local

Run below command to get the node project in your local machine.

Create an app in heroku with below command Go to the root folder of your local app and run below script on powershell so that Heroku will create the app and link it with the current project.

heroku create ( It will create an app with random name)

We will use heroku create script

Deploy the app on Heroku

Run below script to push the current code in to the GitHub and also deploy from GitHub to heroku cloud location. 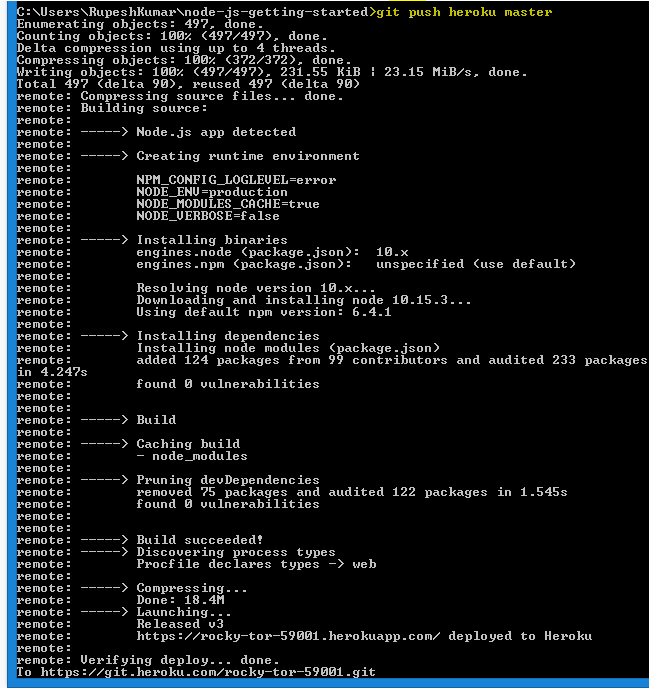 Ensure that at least one instance of the app is running

Write below command to open your application url live cloud based.

I like the simplicity and easy steps to deploy an app on Heroku Cloud. Their documentations are excellent source of learning. I did deploy my first node.js app over Heroku as well See my app live here