RxJS Marble Diagrams are made to visualize the values emitted from the RxJS Observable over timeline.</p>

Hi in this article I will explain why we need marble diagrams and what are the benefits of Marble Diagrams.

RxJS Marbles are helpful to visualize the values coming from observable. In JavaScript we call it RxJS Marbles. Similarly in Java it is called RxJava Marble Diagrams and so on. Marble Diagrams helps us to understand the RxJS Operators and their behavior. Realizing the concept of RxJS Operators is difficult unless you see them how they are effecting the behavior of underneath streams. Therefore, I believe Marble Diagrams are great tool to visualize the patterns of stream events and derive its behavior over time.

suppose I told you that RxJS interval method takes an argument of 10 and hence emits only 10 values. This behavior is understandable, since it is a simple example. However, if we have complex operator or collection of operators applied over source/s observables then It is very difficult to understand how values will be emitted in result observable. Therefore, visualizing result values and source values over timeline gives much clarity.

André Staltz has created nice website called as rxmarbles.com that can be used to visualize the marbles and play it out live for major RxJS operators. I am using some pics from same website to show you visual marbles.

In above diagram one can easily say that okay, I can see 10 circles / marbles with their values. Which is the explanation of method interval(10). So without explaining the behavior of observable you can understand what is its behavior by just viewing its diagram. That is the power of Marble diagrams.

How to Draw Marble Diagrams 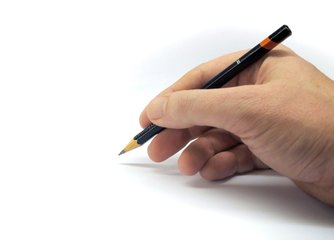 Marbles are normally drawn by circles which indicates the values. Marbles are drawn over Timeline. Timeline is horizontal line which moves from left to right, it indicates the time passage. In order to indicate the stream is completed we use pipe symbol |and in order for indicating error over timeline we use X symbol.

Below are the symbols used in order to draw marble diagram.

In above marble diagrams each circle represents marbles and inside the circle you can see the values.  The Pipe symbol at the end indicates on 10th value the stream gets completed. Therefore, here we knew that this is an observable which emitted 10 serial numbers and then complete. That is interval(10) .

Emitting Value and Error out

In above marble diagrams X symbol represents Error notification and hence this behavior says that this observable emitted 3 values and then error out.

In order to write RxJS testing now a days marble diagrams are used as domain specific language (DSL).  And it is used to write unit test in order to assert observable and operators behavior. There are many node libraries which supports marble testing. Out of that jasmine-marbles is one the famous one. I am creating one pluralsight course where I will be explaining Marble Testing  and please stay tuned to know more about the marble diagrams.

Some More Examples of Marble Diagrams

In this above marble diagram we are trying to understand merge operator.

There are many benefits however below are the major ones:

I always search for playground where I can try my own things. In order to see Marbles drawn automatically from your RxJS Code please go to the Animated playground for RxJS Observable it is nice website where you can see the marbles diagrams drawn live based on the RxJS code.

Please feel free to ask questions , give suggestions and share your thoughts here !