Sr Software Architect and Software Trainer. I help students and professionals to become Full Stack Software Developer in less than a year!

Nowadays, we build large enterprise applications with Angular. But how to best structure such projects to ensure long-term maintainability and re-usability? Angular Folder Structure For Large Scale Enterprise Application course by Rupesh Tiwari provides answers to this question. The audience explores how to split large projects into individually reusable npm packages and how to deploy them through an internal and public registry. How to define a highly scalable folder structure for your Angular project. Finding a suitable folder structure for my Angular applications is something always challenging especially when the application grew in size. As an alternative, it discusses the Monorepo approach that is used successfully by big companies like Google and Facebook and which compensates for some of the disadvantages of npm packages in internal projects.

In this video Rupesh will describe CORE, SHARED, BLOCKS and FEATURE modules in depth for online e-commerce application course written in mean.js stack and then finally Rupesh will also do one questionnaire to concrete the idea of folder structure and dependency graph between modules within angular project.

Angular application architecture and folder structure is important concept you should learn in order to organize you angular project. It helps when your project will have large set of modules. It helps to the team to have a common understanding where what exists. Angular Modules can be broadly divided in 2 types app module and feature modules. Feature Modules are the business facing one which has business capabilities and use cases. Next is The Core Module, Shared Module and Blocks Module.

Core module is the most stable one on which every modules depends on . Core Module can be only imported once in your app module. Core Module can not depend on any other modules as stated above. Core Module can only Have State , Models , Services and Utilities. Core Module should not have visual components like directive or components. Core Module is the heart of the app as it has the core business logic used across the application. In case you want to change the UI or migrate the angular version then just replace your feature modules/ shared modules by any UI framework or newer components however you can work with the same core module.

Block Modules: Blocks modules have components, Directives, pipes and filters which are singleton throughout your app and it is imported only once in your app module. Block Module Depends on only Core Module and Shared Module. Block Module Controls the visual building blocks of a page. Blocks are boxes of content rendered into an area, or region, of a web page. Normally like Loader Screen, Layouts, Menu, Single Dialog etc.

Block Module can also be instantiated only once and imported only once in your app. It can depend on shared module if required.

Let me know your thoughts and feedback! 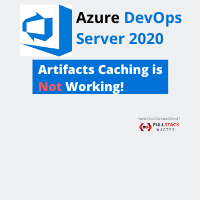 Artifacts caching does not work on-premise Azure DevOps Server 2020. The Azure DevOps documentation on Cache Action is not updated and that is misleading. 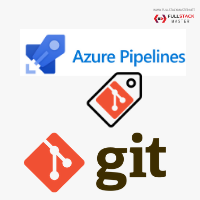 Do you want to know how to tag your git branch while building your source code when someone commits or merge to MASTER/MAIN branch? Then please read this ... 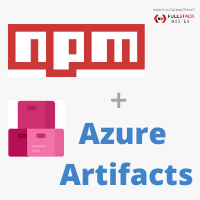 Are you wondering how to create an .npmrc file and put an authentication token from azure devOps for your team member’s development boxes? Do you have mul... 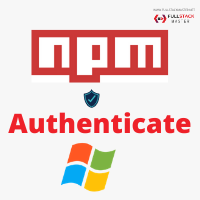 Are you using windows machine for local development? Do you have Azure DevOp’s server git repo and want to connect from local box? Then read this article....